THE FUTURE IS AT YOUR FINGERTIPS. WITH GIG.

Visionary aspects are often endemic to modern architecture and especially with regard to facade design, frequently make complex demands of an imaginative nature on both aesthetics and engineering. Above all, during the new development of facades, which is a GIG domain, as a rule it is difficult for the client to envisage the shape, optical presence and function of the finished product in concrete terms. With our in-house production plant, the team from GIG specializes in bridging this gap between theory and practice in optimum fashion.

Pre-prepared mock-ups and prototypes enable the detailed viewing of parts of the overall project in advance, as well as the testing of various functions and the thorough examination of all elements. With this service, GIG demonstrates its know-how, project competence and closeness to the customer. GIG: we literally make projects tangible. 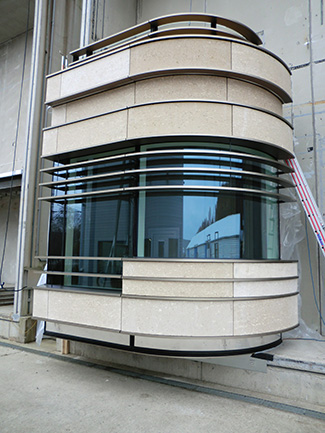